Sorry! You missed 42nd Street at California Theatre Of The Performing Arts

Unfortunately, we don't have any information about upcoming performances of this show. Maybe we can interest you with something similar from the options below... 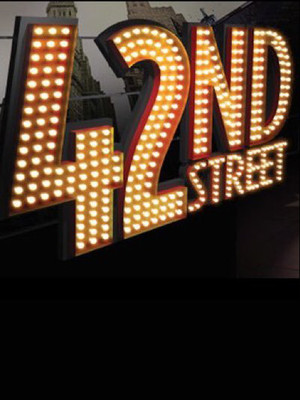 Alert me on return

We're in the Money!

Travel back in time to the golden age of the Broadway musical in the spectacular 42nd Street. Full of Busby Berkley-esque numbers and larger than life characters, this musical is set during the great depression, and follows Pennsylvania native Peggy Sawyer on her quest to land a role in the Great White Way's hottest new show. Along the way she encounters tyrannical directors, prima donnas past their prime, and plenty of backstage romance.

While it's based on the 1933 movie of the same name, 42nd Street first debuted on Broadway in 1980, where it won a Tony and ran for over 3000 performances. Among its many famous numbers are 'We're in the Money,' 'Boulevard of Broken Dreams,' and 'I Only Have Eyes For You.'

The above image is taken from the national tour.

Sound good to you? Share this page on social media and let your friends know about 42nd Street at California Theatre Of The Performing Arts.